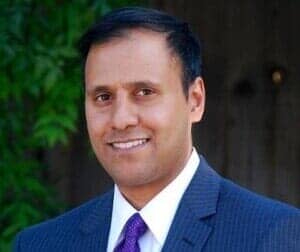 Dr.Rahman graduated from Duke University School of Medicine and completed his Urology residency at the University of California, San Francisco (UCSF). While at UCSF, he had the privilege of operating with the most renowned surgeons in the world. He has co-authored numerous nationally recognized articles and has spoken extensively at national and international meetings. He was awarded the Robert Krane Prize in Urology for the top research paper in the British Journal of Urology. He initially started his career in Arizona but returned to California to join Valley Urology. From there Dr. Rahman moved his practice to California Rao Ajit. Dr. Rahman's professional interests include male infertility, erectile dysfunction, male and female reconstructive surgery and minimally invasive surgery for prostate and kidney cancer. He is regarded as a national expert in the field of robotic surgery. As such, he is actively sought to teach other Urologist robotic and minimally invasive surgery. While not attending to patients, Dr.Rahman enjoys spending time with his wife and three children.